Class is in Session: Bringing Back Creativity | The Garage Group

Class is in Session: Bringing Back Creativity

Our two courageous summer interns have deep passion for all things creativity. Building on their experiences in and out of the classroom, Lizzie and Turner decided to dig in to learn more. Follow along as Turner interviews David Eyman and Jim Friedman, two creativity professors from Miami University’s Institute for Entrepreneurship.

For the last 10 years, Miami University’s Institute for Entrepreneurship has been ranked among the top 10 public schools in the nation. Leading the creativity track for the institute are professors Friedman and Eyman. They are two very different manifestations of teaching creativity. If you want to talk to Friedman, you’ll likely have to wade through a pack of students huddled in his office discussing their latest breakthroughs and failures. If you walk into Eyman’s office, you’ll be greeted by an ever-changing landscape of toys, creative tools, school projects, and a smiling professor. The reason students line up at their door is both their innovative teaching methods (which got Friedman the ASG Outstanding Professor Award in 2016) and their long history in business, design, and content creation. Their different styles are to achieve the same goal: push students out of their comfort zone to do what they once thought was impossible, becoming creative. We decided to sit down with these two educators to understand how creativity can improve BigCos, the lives of their employees, and understand why some companies are more innovative than others.

How do you define creativity?

Friedman: My definition of creativity is tied to birth. You are bringing something into the world that never existed before. That doesn’t have to be a book, song, or painting; it can be an idea. You birthed an idea or concept. It’s as simple as looking in your refrigerator and saying, “I’m going to cook something that I’ve never made before just to see what happens.” That’s creation…

Eyman: The thing that I’ve been working on is the difference between being creative and doing creative stuff. Anyone can do creativity. If I tell you “Make up 100 ideas for new tennis shoes” it can take you less than 10 minutes. Anyone can do that. Being creative on the other hand is more of a personality style. The confusion between the two keeps people from saying, “Yes I can make up new ideas.” So what we’re teaching students is that they are capable of doing creativity, because if you make up 100 ideas, by default, some of them are going to be highly creative ideas.

Eyman: I had a coaching client back in the day–a kid who thought he was dumb. The truth of the matter is this kid was brilliant. One week I gave him homework to take apart this VCR. He comes back on the next meeting and he starts showing me all these parts of the VCR. This kid was making up what parts do, and how they function together without having any engineering background or knowledge of how a VCR works. When I asked him what kind of person can just figure this out without being an engineer, he said, “Well a smart person… Oh my god you got me! You’re trying to make me see that I’m smart because I told you that I don’t think I’m smart.” In essence that’s exactly what we’re doing with Miami students. We’re showing them by doing. So they do creativity; they do it, they do it, they do it and then at the end of the semester we turn them around and have them look at the path that they left. They look at this wake that they left behind them and we ask, “What kind of people make those new ideas?” And by default they just answer “Yeah, creative people. You got me.”

What stops people from being creative?

Friedman: Everybody has a level of fear; we don’t want to be wrong. If you go into a kindergarten, and you tell a kid “draw a car for me,” they will excitedly grab a crayon and just start to draw. If you say to a junior in college “draw a car for me,” they’ll pull out their cell phone, they’ll Google “car”, they’ll choose one, and they’ll copy it, so that they can get it right. It’s fear of being wrong and not valuing the connection and vibrancy that creation brings. A creative is a child who didn’t grow up.

From your experience teaching students, how do you think  BigCos can give their employees more opportunities to be innovative?

Eyman: You have to provide that venue, and in the corporate world that’s culture. It is an expectation that people will come up with ideas and share knowledge. The hard part is when there is a culture where you have to have the right idea the first time you open your mouth. If that’s the culture, innovation will never happen. Culture always starts with the leader. If the leader is willing to say “I need 5 ideas, or 10 ideas” and knows that not any of them are going to be the answer, that’s an innovation culture. There is certain failure if the leader comes in and thinks they have the one answer.

Friedman: If you punish failure, then you’re only going to get safe, stale ideas. One of the things I do in class, which works in business as well, is reward spectacular failure, and punish mediocre success.

Eyman: Exactly! When someone has a spectacular failure, you should say “That’s great! Let’s talk about it! What can we learn from this? How can we turn this around?” However, recognizing what a failure looks like, what a success looks like, and what a mediocre success looks like is hard to do in real life. It’s easy to talk about on an academic level, but for a person in a company to recognize what that means is a big deal. That’s part of why companies like The Garage Group are so important because we not only teach people through doing stuff and reflecting, but we also give people knowledge through language that sticks around.

Friedman: We need to get people to change their relationship with the word failure. If they can understand that success is made of a million tiny failures, that’s huge. If you never fail you never really tried anything of value because you haven’t pushed yourself. It’s the difference between jumping off the high dive and jumping off the side of the pool.

How do you define success when it comes to creativity?

Eyman: Creative success to me is when people stop doing what they’re told and what’s expected. The minute they stop doing what’s expected and start doing what’s right, and what they’re capable of doing, and thinking about what might be possible, that’s success. Let’s say you go into a company and there’s an issue or a crisis and you say, “Well what should we do?” If the first answer is “Well, let’s look at what everybody else has done,” to me that’s a failure. If they respond “Well, let’s look at all our options, and let’s look at some more options, and then some more options,” then I think we’re on the right track. That’s success.

What’s your elevator pitch for creativity?

Friedman: Creativity is the only true, legal, unfair advantage. It is the thing that will take you to the next level quicker than anything else. It will help you make more money. It will help you have more choices. It will improve the quality and the opportunity in your life. 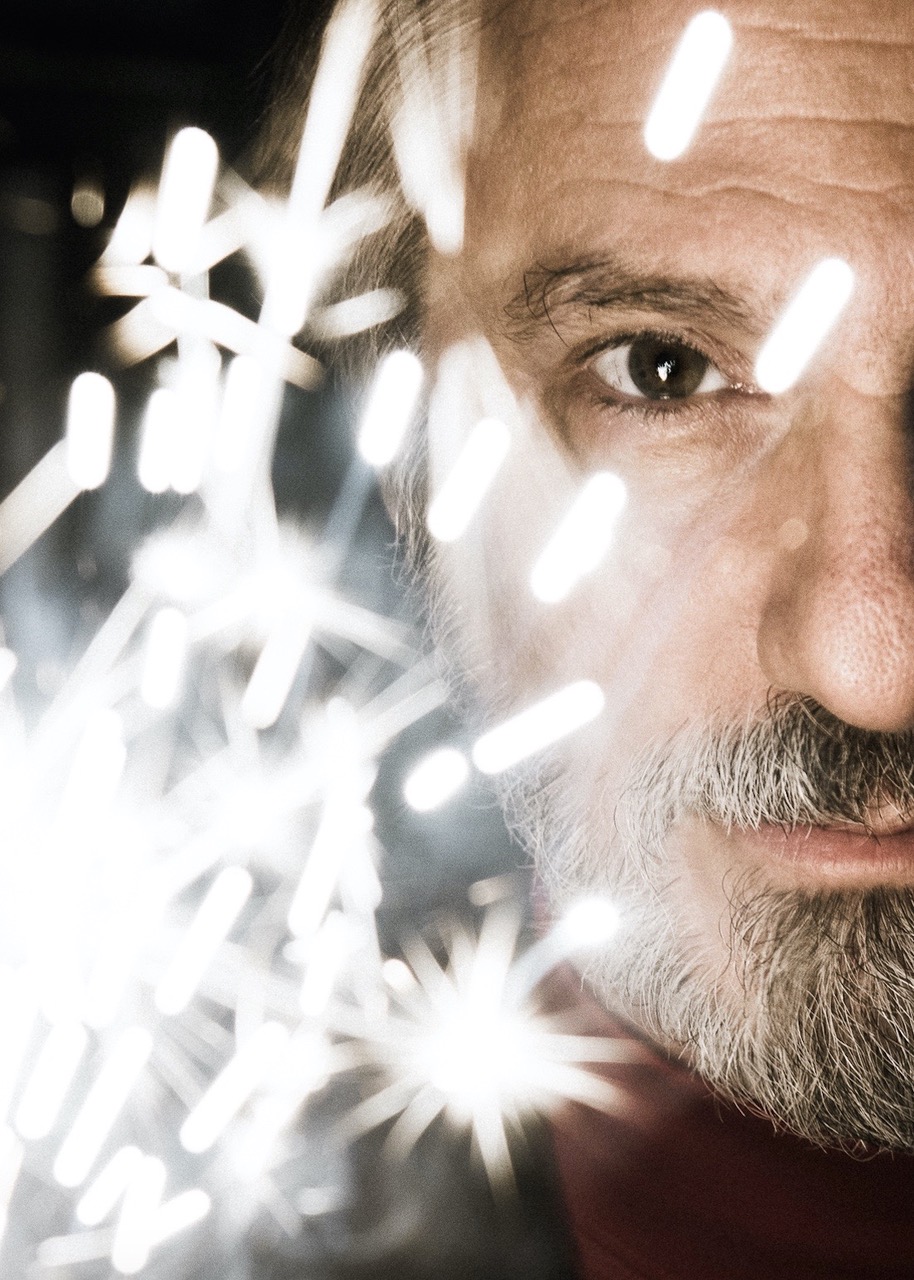 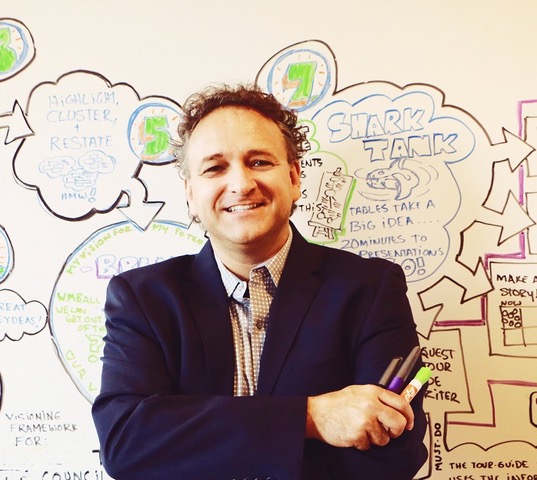 See more of our thinking